Singer-lyricist Gourab Sarkar, who led the group, said: “This year marks the 75th anniversary of independence. We wanted to create something new on this independence day and so we came up with the idea for the song. Vandematram is an ode to our We tried to keep the same essence in our song while trying to highlight the point of view of our mothers. 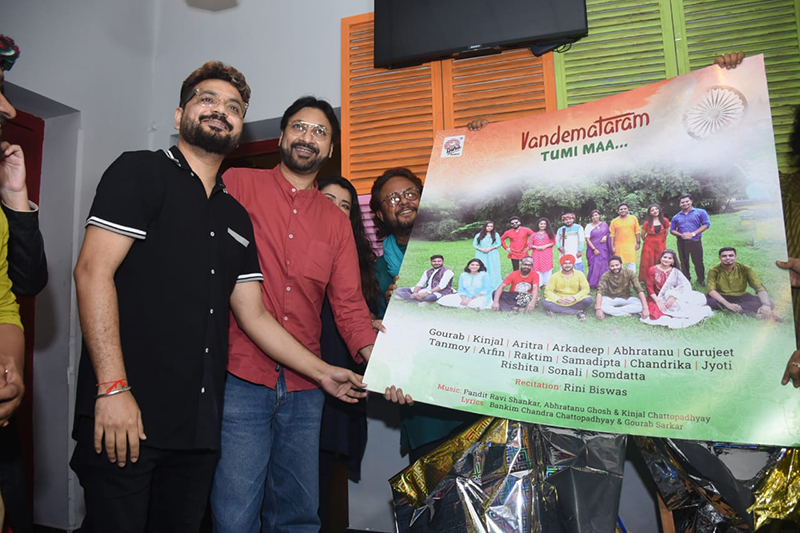 The video, which was released on Yellow Turtle Friday, features several locations in North and South Kolkata.

The video features all the singers with heartwarming visuals of mothers from different walks of life in Kolkata.

“I had immediately said ‘yes’ to Gurab-da’s proposal because he always takes commendable steps when it comes to music and its experimentation,” Samadipta told India Blooms.

The cinematography and editing of the video was done by Prasanta Kumar Sur and his team while the song is composed by Kinjal Chattopadhyay and Abhratanu Ghosh and written by Gourab Sarkar.

Popular Bengali singer Rupankar Bagchi, who was present at the launch of the music video, shares with India Blooms: “15 artists have come together to celebrate August 15th, Independence Day! It’s a great collaboration.

“I always appreciate collaborative efforts. My best wishes to them.”

The clip is now streaming on Asha Audio’s YouTube channel.