Puneet Issar’s Hindi musical play Dhappa, based on the 1950s, will premiere in Mumbai today

Issar, best known for his role as Duryodhan in BR Chopra’s television series Mahabharat, is trying out an experimental role in theater for the first time.

Presented by Aum Theater Mumbai, the Hindi thriller was written and produced by Akshay Mishra and Sharon Chandra, and directed by Mishra. Chandra, a theater actress and Kathak dancer from Fiji, plays a key role in the play.

“But it was not an easy task. I studied a lot of the types of thumris that were being played at that time and strove to write thumris that would resonate with my audience. I was inspired by the thumris sung by Shamshad Begum, Begum Akhtar, Siddheshwari Devi, and many others have tried to recreate a little pinch of that golden era in which these maestros reigned.

He added, “I can’t wait for the public to hear these beautiful pieces of music. We took inspiration from the 1950s and styled our costumes, a beautiful setting with a staircase and chandelier, vintage props, soulful music and dancing to give our audience a taste of our version of the untold stories from the 1950s. 1950.”

Issar, who plays a filmmaker in the play, said he knew the script was for him. “Gems like Ritwik Ghatak, Satyajit Ray, Bimal Roy, V Shantaram, Guru Dutt, Raj Kapoor, Mehboob Khan and Vijay Anand had peppered our lives with the most realistic memories,” he said. “Their work moved me to see the pain and struggles faced by real people. In this golden age, these leaders had liberated opinion, fought against patriarchy, mourned with the unfortunate and rebelled against the wicked. I always thought, if only I had the chance to work at that time. 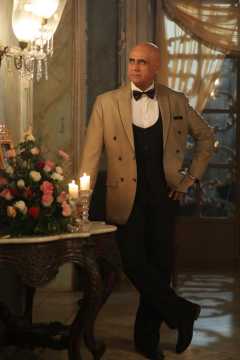 He continued, “When Akshay narrated the script, it immediately made me feel like this would be an opportunity for me to possibly portray a writer and director from the 1950s and show the real pain these filmmakers felt. Coincidentally, when I read the script, there was a line about ‘Duryodhan’. It just clicked!”

Producer-actress Chandra shared her happiness working with Issar. “His work ethic, dedication and support for our team motivates us,” she said. “He is an inspiration to us and always makes sure to guide us. I am happy to represent my country, Fiji, and I hope to inspire people from my country to come to India and live the adventurous life of an artist !

Dhappa’s first show will be at 7pm at St Andrew’s Auditorium in Bandra (West), Mumbai. Tickets are available on BookMyShow.com.